The jockeying for position in the 3D printed building world intensifies. A consortium of European companies has started the first house 3D printing factory, in Eindhoven. From a few isolated startups such as Enrico Dini‘s D-Shape and Behrokh Khoshnevis‘ Contour Crafting a few years ago the market has now exploded to dozens of purported 3D printing projects. 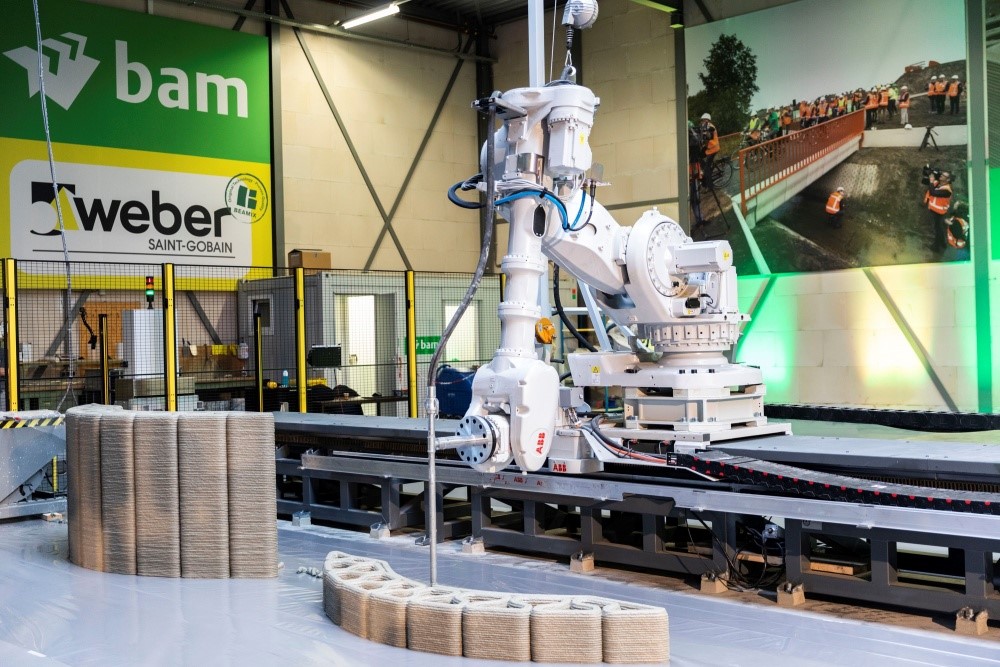 Sadly, most of the new arriviste in 3D printing houses can best be described as fantasts, con men and/or dangerously silly people. We know of over a dozen projects that have made claims that are plainly false. Other have claimed things that are literally impossible and fantastic while for yet others I’d veer more into hallucinatory as an apt descriptor. I’m not sure why 3D printing houses, in particular, attracts a disproportionate number of P.T. Barnum types. Perhaps just like selling the Brooklyn bridge was an inescapable fantasy for some, 3D printing homes is a dream huge enough to hold their egos and ambitions. Alas, 3D printing, the technology to let anyone make anything, has always attracted a disproportionate amount of sociopaths. 3D printing buildings, however, could become a support group.

The same bedrock of a possible future that will change everything by altering the very substance of all of the things, underpins the naive, regularly ambitious and the very many good people we have in 3D printing. On the whole, we are set to make a positive impact on the world, (barring the very real possibility of a 3D printed ICBM making a rather negative impact on our karmic balance sheet). We are set to revolutionize industries and potentially make all of the things better (and perhaps even more sustainable). Supply chains will be cut down to only a few links, 100’s of parts will become 3, spare parts for people will be made and if anyone ever gets a mortgage on Mars it will because of 3D printing. None of the important things will ever be the same due to the 3D printed future that we are inventing today. Eventually. The great and good will hum along like a DTM Sintertation, we will get there in the end. I love the aroma of crystallizing polyamide in the morning; smells like victory.

What I also love is clipboards and compliance people. Anyone can dream a house, make some idiotic rendering or lie on TV but only a few people actually have the wherewithal to make an actual house with 3D printing. Perhaps the people at BAM Weber Beamix could make this happen.

BAM is one of the largest construction groups in the Netherlands. The 7 billion euro construction company builds commercial real estate, houses, roads, football stadiums and much else besides. Saint-Gobain Weber Beamix is a construction supplies company that makes concrete, tiles and any stuff you can stick to a building or a bridge. They’re a part of Saint Gobain, a $39 billion revenue French construction materials company. Another partner is Bekaert a $5 billion dollar metal wire company that makes any and all kinds of steel wires and coatings. Other partners include 1100 engineer strong engineering consultancy firm Witteveen+Bos and Van Wijnen a company that cannot really explain what it does on its website but it seems building related or perhaps they’re the sociology department of the local university. Speaking of the local university, the Technical University of Eindhoven is also a partner. These partners together have made a 3D printed bicycle bridge in nearby Gemert and will be 3D printing five residential homes in Eindhoven.

Now they’ve opened a “3D printing house factory. A “commercial industrial location for 3D printing concrete components for construction.” The consortium says that they will work “larger, faster and more efficiently” and are working to “scale up the technology.” The consortium has already received four orders, all bicycle bridges that will be 3D printed for the Province of North Holland. The factory will also be used for the five residential homes in Eindhoven, Project Milestone. They anticipate that they will increase “design freedom” and be able to use “less concrete with the same final results.” Efficiencies will reduce waste, CO2 and they will “no longer need formwork.” They also state that “they expect construction to be sped up, the margin for error to be reduced.” All parties will “look at the same design” and deal with the same changes which will lead to reduced error rates.

The team also mentioned that they would be open to partners and ideas from potential partners but for them “printing a house would be a big step.” Bas Huysmans of Weber Beamix stated that “we’re at the point where we can 3D print in a commercially sustainable way.” He pointed out to prefab bridge elements and house parts that could be made now. He also said that “the dream that you can come with your USB stick (or built in chip)…to a site and that then in a number of hours your building can be printed will at one point become real” but that the consortium “was not there yet.” When Henk Post of Bam was asked if this would be “the construction technology” he qualified that and said that it would be one of the construction methods of the future albeit an important one.

What I liked most about the interviews and the press releases was the fact that consortium participants qualified their answers and seemed above all to be interested in safety and realism. That really gave me a good feeling about this announcement. Apart from that the fact that the Bam Weber 3D printer is attempting to reinforce their 3D prints with polymers and metal wires to increase the strength of their parts also tells me that they seem to be further along than other 3D printing house initiatives. Most others are ignoring reinforced concrete which is essential for all the crazy stuff they say they want to build.

It is also notable that the consortium seems to think that the dream of 3D printing homes is to do it on location. They seem to consider the factory an interim step. Indeed printing on location would save considerably on transport costs but it would entail moving the printer every time and having to deal with the elements. We saw that this in particular causes problems for house 3D printing with moisture, water and temperature fluctuations wreaking havoc on results. We saw this with our own eyes when in 2017 the US Army found it doable to 3D print a Barracks in a day inside. Meanwhile a year later our reporter Sarah Saunders was there when a new outdoor 3D printing attempt went awry through the weather. We loved the US Army’s openness and their weather-related problems only made us believe that other people were not being as forthright.

In 3D printing, we already know that by eliminating environmental influences we significantly improve our repeatability, reliability, and results. What will that mean for a building as it is heated by the sun during the day or what happens when the morning dew or a rainshower gets trapped in a layer? Or what happens when a stray leaf gets trapped? What happens when sections below dry at different rates due to changes in humidity or ambient? Will we get weaker in layer adhesion with ambient temperature fluctuations or increased wind flowing over the structure? No one has sufficiently been able to explain these issues away for me yet. So the idea of having an indoor 3D printing factory to me sounds like an excellent way to get more process control and print houses with fewer problems in them. Of course, 3D printing on location is the dream but perhaps producing houses or large parts of houses indoor in factories will become the reality? In any case, slow and steady wins this race. Patience, young grasshoppers.

If you would like to receive news about Weber 3D concrete printing please subsribe to the newsletter down below.